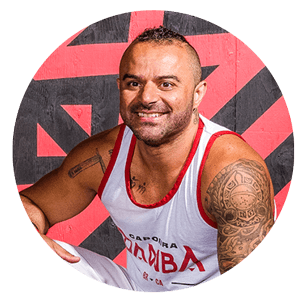 Casa de Bamba (home of Capoeira Bamba Toronto) was re-launched in December 2019 to serve as the home for Capoeira Bamba HQ and a center for Brazilian Arts.

The first thing you will notice when you first walk in to our academy is that IT IS HOT! That’s because the warmth is a part of Capoeira and the Brazilian culture (not to mention its amazing for your muscles when training). Music is essential in our training, so it’s common to walk in to a group of 10+ people playing loud drums as if it where “carnaval”.

Casa de Bamba has been running in Toronto since May 2006 (previously under a different name) with classes being taught in Toronto and surrounding cities since 2000.

The Toronto school, led by Contra-Mestre “Paraiba”, is Toronto’s 6x Award winning Capoeira Academy and one of the largest Capoeira Academies in Canada.

January 2020 marked an important chapter of Capoeira Bamba Toronto with the re-opening of our newly renovated 4000sq ft. state of the art academy and the recognition 6 times by Top Choice Awards as the Top Capoeira School in the GTA. This is one of North America’s largest Capoeira Academies and by far the biggest and most well equipped in Toronto and the GTA.

Check out our Team!